Background
When you want to display content from your phone or tablet on a nearby TV, you may be able to use screen mirroring. This feature allows you to replicate (or “mirror”) the screen of your compatible Android™ or Windows® device wirelessly onto your TV screen. With screen mirroring, you can send web pages, videos, photos, music, and more to yourTV.  In other words, whatever you see and do on your mobile device appears on your TV.

To use screen mirroring, you must first set up and enable the feature on your Android or Windows device and then request a connection to your device. Once a connection is established, you can see your mobile screen on your TV and control it from your phone or tablet. 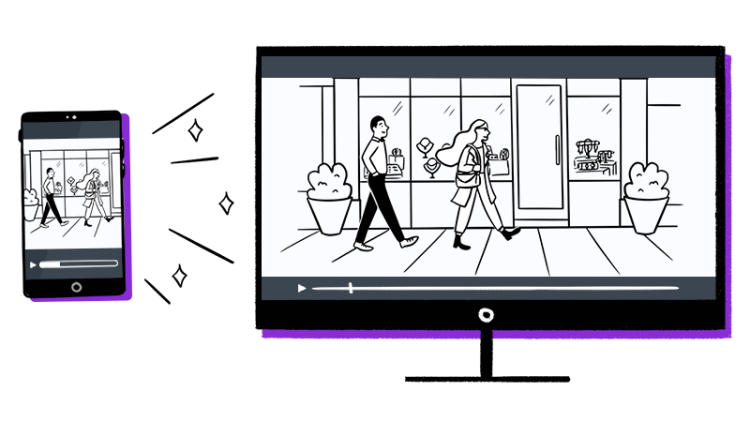 Is screen mirroring supported on my iPhone or iPad?

No. Screen mirroring with a Roku device is not supported with iOS® or Apple devices. You can however, use your iPhone or iPad to:

Can I share my personal photos and videos on my TV?

If you want to specifically share your personal photos and videos, or songs from the music library stored on your mobile device, you can use the Play on Roku feature of the Roku mobile app. The Roku mobile app is a free application for iOS® and Android devices.

To learn more about sharing personal media files from your compatible mobile device, read the detailed article about Play on Roku.

Do I need to enable screen mirroring on my compatible Roku device?

If your Roku device supports screen mirroring and is running Roku OS 7.7 or later, the feature is enabled automatically and there is no action required to enable it. To check the software version of your Roku device, go to Settings > System > About. If an older version is installed, connect your Roku device to the internet and have it manually check for a software update.

How do I screen mirror from my Android device?

How do I allow or block a screen mirroring request?

When a screen mirroring request is made from your Android or Windows device, your Roku device displays an on-screen prompt across the bottom of your TV screen. 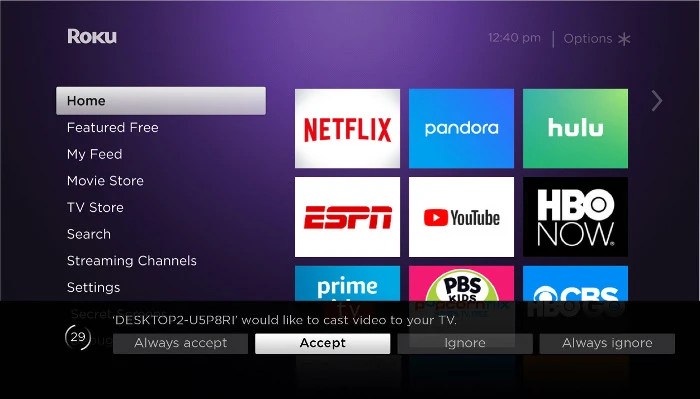 From the prompt, you can choose from the following options to allow or block the request.

Can I adjust screen mirroring settings?