The basics of screen mirroring

Screen mirroring technology allows a phone, tablet or computer screen to wirelessly display on another device screen. Screen mirroring is frequently used during meetings, presentations and lectures to easily display relevant content to others in the room.

This article will teach you what screen mirroring is, what it isn’t and how to use it.

What screen mirroring is not

To better understand what screen mirroring is, you have to know what it isn’t. 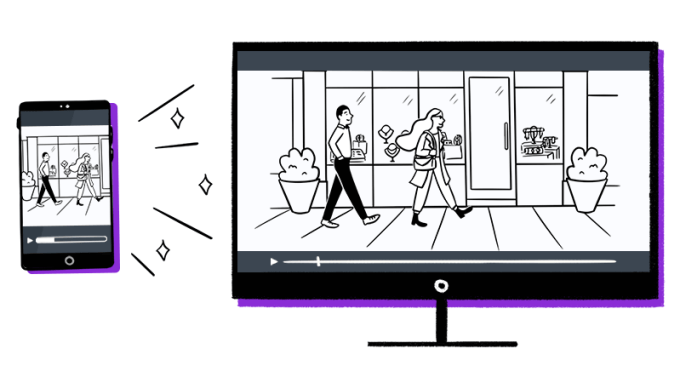 Since connections are point-to-point and remain on the local network, screen data never crosses the internet. Both devices are generally located in the same room for viewing purposes. There are some exceptions where the devices are not required to be a part of the same network. More information on that can be found below.

Streaming is great if you just need to send an audio or video file to the big screen. Screen mirroring is better for presenting and collaborating.

Some people interpret screen mirroring in a broader sense to include physical connections, such as HDMI, VGA and various other cables and dongles. Those methods are becoming mostly obsolete as the world transitions to wireless tech. For the purposes of this article, screen mirroring is an entirely wireless act.

Screen mirroring also requires a receiver. The receiver is the destination for the content you are trying to display. There are hardware receivers, such as Apple TV, Chromecast and many others. There are also software applications like Reflector that turn existing devices — such as a Mac or Windows computer — into robust receivers.

Screen mirroring connections can be established in a number of ways depending on the devices that are trying to connect. Devices are equipped with various types of native screen mirroring technology (such as AirPlay and Google Cast) and therefore do not always share the same compatibility. For instance, Windows devices are equipped with Miracast while Apple devices use AirPlay. This prevents Windows devices from wirelessly connecting to Apple TVs. These technological barriers cause issues for businesses and schools that deploy and use multiple device types.

Fortunately, there are third-party screen mirroring solutions with cross-platform compatibility like Ditto to help bridge that gap.