is a new technology that many people have realized by reporting on the screen, so as to help the company achieve efficient and light office. Business people who often go out will encounter the meeting rooms of other friends, and they are actually using the projection screen, so they want to use this wireless projection screen meeting method in their own company. But how to operate it. If there is no one-in-one machine, can it be realized? We all know that the one-in-one machine is less than forty-five thousand and more than thirty-four thousand, which is very expensive. If the existing intelligent large screen and projector are used to realize the existing conference projection of the one-in-one machine, today’s article will introduce the relevant methods. The improvement of

work efficiency and the reduction of unnecessary time waste are particularly important for many small companies, especially start-ups. Therefore, it is a relatively convenient and fast method to introduce wireless screen projection method and adopt the screen projection of smart TV and screen projection software.

do not need to buy an all-in-one machine or a professional conference display.

, a conference display tablet, I searched some on a treasure, and the average selling price is twenty or thirty thousand yuan, which is really expensive for start-ups. In fact, this cost can be saved. For example, the use of wireless projection software Bijie projection to achieve wireless projection. You can turn the original smart TV or traditional TV in the conference room into a large conference screen that can be used for projection. scenario 1. If your conference room already has a smart TV or a smart projector.

scenario 2. Second, what if your company’s large screen, such as traditional TV or traditional projector? This old device does not have the function of projection. Yes, it will take hundreds of dollars to transform it. Very simply, we can use an intelligent set-top box to transform the traditional TV or traditional projector into an intelligent large screen that can be projected. Then, according to the above method, the computer will be installed with Bijie projection computer version, so as to realize the low-cost conference projection ability.

different enterprises have different requirements for wireless screen projection during meetings. However, in the end, it is to save cost, time, cost and trouble, which can be brought to the purpose of screen projection and efficient meeting quickly. According to my above method, no matter large or small companies, you no longer need to buy expensive conference screens and expensive unlimited projection systems under the original conference room. 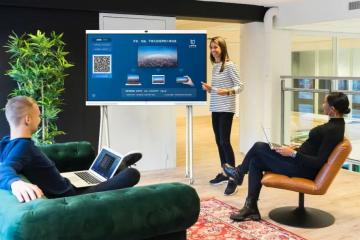 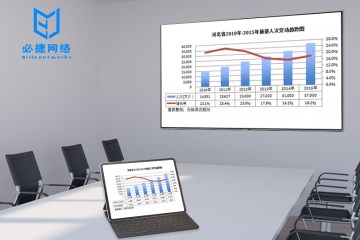