Wireless display is a mode of interaction between multiple screens in the past one or two years. It is common to have multiple screen interaction of mobile phones, tablets, computers, projectors, integrated computers and other screens. From the original business wireless display field to all walks of life, there are more and more electronic products supporting the display equipment.

But we all know that Apple uses the airplay screen image, and Android phones use the multi screen interaction. In the daily life, which display mode is the most suitable for our needs?Let’s start with the analysis of wireless display technology.

At present, there are six main branches of wireless display technology. 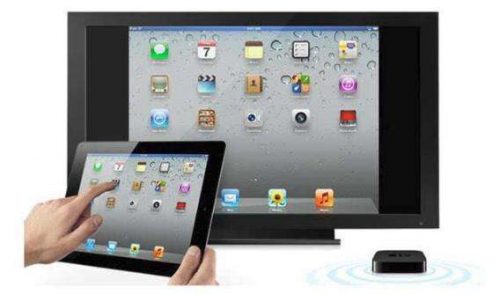 Advantages: the built-in miracast protocol of Android 5.0 mobile phones enables multi screen interaction without installing any software, and supports direct wireless display through the WiFi P2P function between the wireless display device and the WiFi network card of the receiving device without any network support; and supports simultaneous audio and video transmission.

A wireless playback technology introduced by Apple, which is suitable for IOS and MAC systems.

Advantages: Apple series devices have built-in functions, which are used in combination with the projector supporting the Airplayserver service. The effect is clear and stable, and the protocol has its own QR code function;

Disadvantages: it is necessary to ensure that Apple devices and projectors are in the same LAN (same network segment) and cannot be used across network segments and VLAN; it is more difficult for enterprises with network architecture to use them.

3. DLNA push: DLNA service is push, which can push the form of multimedia URL on the mobile phone to the large screen (TV or projector) for playback.

Disadvantage: image projection is not supported. DLNA is mainly used for watching TV or movies in the home market and is not suitable for enterprise.

4. Widi Technology: WiDi technology is dominated by Intel. WiDi and Miracast are two sets of protocols (both based on WiFidirect Direct Connect Technology) that are identical, homologous, interconnected and fully compatible.

Disadvantages: it does not support Windows XP / 7 system, and there are some problems with product compatibility.

5. App display software: push the screen image to the large screen (TV or projector) for playback by installing the client at the transmitter (mobile phone or computer).

Advantages: it can be customized and integrated, and SDK can be provided to facilitate the secondary development of enterprises. At present, some technology Daniel companies have developed IOS, Android, MAC and windows full system clients. It can integrate the function of two-dimensional code scanning and screen casting, without complex operation, just scan the code or input the screen casting code to quickly cast the screen.

Disadvantages: Android App only supports video, not audio; basically, it is a private protocol independently developed by each manufacturer and cannot be used interchangeably.

5. Wireless display device: actually, it is a derivative of APP software display. The receiving end is regarded as a hardware box, and the signal end has two ways: USB small electronic device and app software. Please recognize Bijie wireless display!  We are professional!

downloadfreethemesMobile phone screen computer mobile phone how wireless screen Win10 system computer Method one: This method to make the phone and computer in a local area network, the specific steps: (1) On the start page, Read more…

downloadfreethemesAirPlay Wireless Screen Projection from iPhone to Mac? The AirPlay protocol is a wireless technology developed by Apple that allows pictures, audio, and videos from iOS devices such as iphones and ipads to be transmitted Read more…