You can now wirelessly mirror your Android phone or tablet to your TV or computer. Instead of dealing with chargers, wires, headaches, and troubleshooting, you can beam content straight from your phone to your entertainment system.

You can stream Netflix, Hulu, YouTube, music, and any other number of entertainment sources. This type of wireless mirroring can even be handy for displaying your family photos, home videos, and any other media you might have saved on your phone or tablet. If you’re in the conference room, mirroring can make presentations a snap, so your focus is on the presentation at hand instead of adding stress, worrying about the technology in front of you. 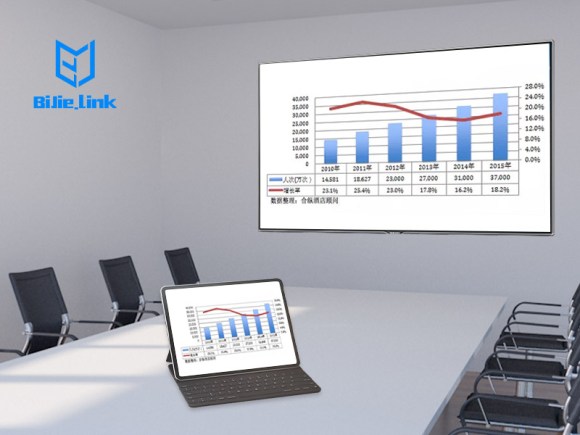 Though mirroring your phone has traditionally required some form of computer or laptop device hooked up to your television to make the entire system work, the last few years have made the whole system a whole lot easier.

From Google’s Cast standard to other similar wireless setups, mirroring your Android phone or tablet has never been easier. In this article, we will take a look at our favorite apps and setups for mirroring your phone to a computer or television.

AllCast is another app developed by Koush, formerly ClockworkMod, which is essentially an earlier version of the same kind of idea and principle behind Vysor. Mirror features a bit of a different interface and acts like an entirely different way to stream your phone.

Instead of relying on a desktop client like Vysor, AllCast allows you to stream your phone to a Fire TV device, Chrome windows (using a Chrome web app), Apple TV, or even another Android device automatically. Streaming your device to a Chrome display or Fire TV relies on you installing Koush’s Allcast Receiver, while streaming your device to an Apple TV works automatically, without any additional setup. Mirror is truly built around the idea of screen recording and isn’t quite as fully-featured as something like Vysor, but it’s also entirely free with a watermark on your recording.

If you want to get rid of the watermark on your mirrored display, you can remove it with a single in-app purchase. While Vysor’s wireless streaming service requires the use of a desktop or Chrome app, Mirror uses the streaming box you already own, making it an excellent addition for owners of an Apple TV orAmazon Fire Stick.

AirDroid is better known for its wireless file transfer system and is included with a bunch of different Chromebooks, including some Samsung devices. The app allows you to transfer your files wirelessly between Windows, Macs, and Chrome OS devices, and can even let you act on notifications on your Android device right from your PC.

Beyond that, AirDroid also offers the ability to mirror your device’s screen to your computer when used in conjunction with either the desktop or web companion app. The “AirMirror” app fully supports all rooted and non-rooted devices alike. As we saw with Vysor, you can use your keyboard and mouse to control your mirrored device on your computer or on a projector, making this ideal for the board room.

AirDroid is a free app, and its free tier is far more full-featured than what we saw from Vysor, though to take advantage of everything offered by AirDroid, you’ll want to spring for their premium plan, available for either $2.99 a month or $24.99 a year.

In theory, Windows Connect should be the perfect solution for anyone looking to connect their phone to their laptop or desktop computer for ideal mirroring. It’s a WiFi-direct receiver that makes it easy to turn your laptop’s screen into something that can easily sync with your phone, and it started shipping almost two years ago on all Windows 10 devices running the Anniversary Update (which, at this point, is all of them).

Unfortunately, Windows Connect cannot easily sync with modern devices, thanks to the lack of Miracast support in newer phones and tablets. Miracast is a standard from the WiFi Alliance that effectively works as HDMI over WiFi, making it ideal for smartphones, but as Google has emphasized the Chromecast line of products, they’ve moved away from including Miracast support in Android.

If your phone does support Miracast, you can start using Windows Connect by opening the Connect app on your PC and enabling wireless displays in the settings of your phone. A list of supported Miracast Android devices can befound here.

Finally, if you happen to own a Samsung device like the Galaxy S20 or the Galaxy Note 10, you’ll want to update your Flow application and download the Windows 10 client to get the app up and running on your device.

Samsung Flow just added the ability in a recent update to cast from your phone or tablet to your computer. Flow now uses Samsung Smart View, which means you can download the client for your Windows laptop or desktop computer to mirror your Galaxy device from your hand to your computer.

Though Smart View has existed for televisions for quite some time, the roll-out of Smart View support for Samsung Flow is recent and means you don’t need nearly as many apps as you might have needed in the past. To get started, download or update the Samsung Flow app from the Play Store and download the Windows client for Flowhere. As long as your Samsung device is running on Android 6.0 or higher, you’ll be able to mirror directly to your PC wirelessly with few issues.

BJcast can run on Android TV or Android PAD and other devices.