What is the difference between

nowadays, smart glasses on the market emerge one after another, and the price ranges from hundreds to thousands. Faced with a wide variety of smart glasses, many consumers hesitate to choose. So how to choose smart glasses? What is the difference between VR glasses and AR glasses?

are two different things, but they are easy to be confused. From the technical level, AR is much more complex than VR. The specific differences are as follows:

AR, whose Chinese name is “augmented reality”, is a new human-computer interaction technology. Through AR technology, participants can interact with virtual objects in real time, so as to obtain a wonderful visual experience, break through space, time and other objective constraints, and feel the experience that can not be experienced in the real world.

VR is a virtual reality technology, which generates a simulation environment through computer technology and immerses users into the created three-dimensional dynamic reality. It can be understood as a simulation system for the real world. 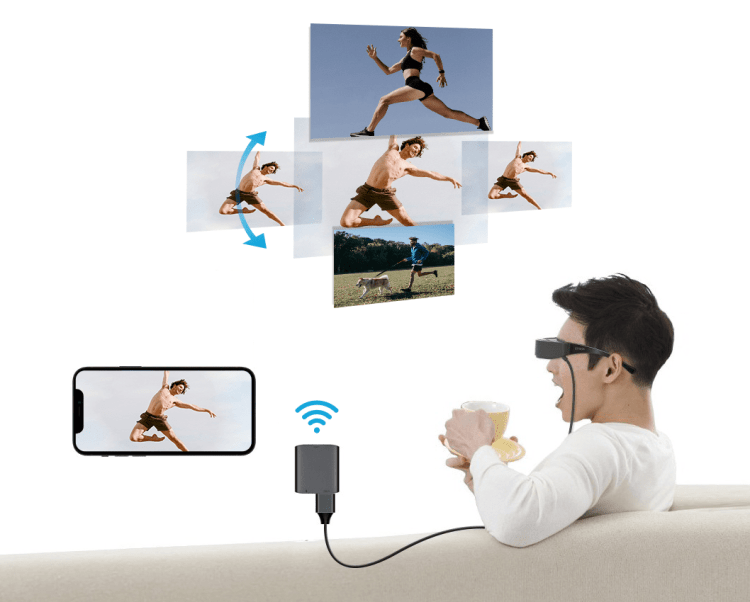 according to the differences between VR glasses and AR glasses, Bijie has launched the wireless projection solution of AR / VR intelligent glasses.