although some functions of these two wireless projection devices overlap, there are still some differences. Let’s take a look at the simple analysis and comparison of the two devices.

in the test environment, the screen display delay of bj62s of Bijie conference box is only 20ms. (for specific test data, please refer to the article “wireless projection screen delay value of product test disclosure”.)

Kramer via go allows two users to project the screen to a large display screen at the same time. Users can connect Kramer via go using WiFi network or through the LAN port of the device, so as to connect the machine to wired network.

Kramer’s via go is the most basic device for wireless demonstration provided by Kramer. It does not have all the fancy functions of its complex products. It can be upgraded with other products provided by Kramer, but it needs to be paid extra.

for example, users can integrate with via site management (VSM) software, which allows administrators to manage multiple gateways. This VSM software license contains up to 10 licenses. Updating via go devices without using VSM software will require manually uploading files to each via go device. 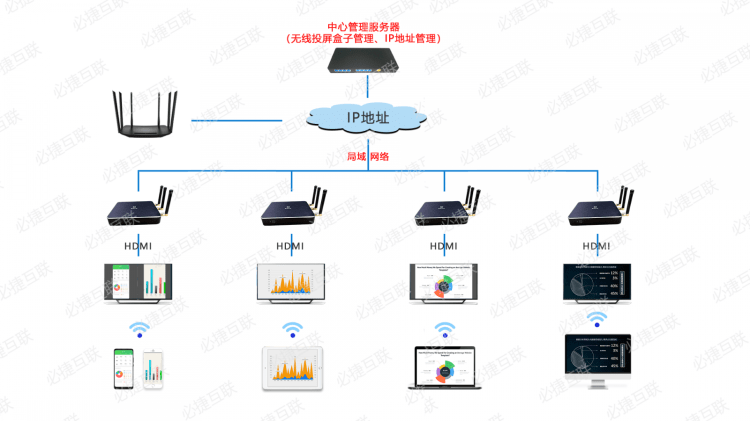 Bijie conference box opens a platform based unified management system to users. This function can greatly reduce the work intensity of it maintenance personnel, make real-time statistics of conference information and network configuration, uniformly distribute configuration files and replace desktop wallpaper, and improve the utilization of conference room through data analysis. It is convenient for IT personnel to carry out unified background management of Bijie conference boxes in multiple internal conference rooms or classrooms. Summary of

if Kramer via go is used for wireless screen projection in the environment of multiple conference rooms or classrooms, VSM software needs to be purchased for multi device management; Choose BJ conference box bj62s and use BJ cloud platform to upgrade and manage multiple devices.

in the same use environment, if users do not want to download and install auxiliary application software to conduct screen wireless projection, they need to select Bijie conference box bj62s, which supports the projection protocol of the mainstream operating system.